The state guarantee is HM Land Registry’s core function by which every property owner’s title is backed up by indemnity if a mistake is made in the register that causes loss. In 2015/16 we paid £8 million from our Indemnity Fund for 1,003 claims.

In recent years the “mistake” that has caused the most loss is the mistaken registration of a forged deed, such as a transfer, mortgage or even the discharge of a mortgage.

In 2015 in the Court of Appeal a lender, Swift, successfully sued HM Land Registry, establishing that a lender’s charge (or mortgage deed) on a property is guaranteed even if it was forged and the bank lent to the forger while the true owner was in occupation at the time. It didn’t matter that a simple question to the occupier would have revealed the scam. HM Land Registry had to pay the lender for the value of its removed security.

Over the last 10 years, around £55 million has been paid out under the indemnity scheme because of forgeries. This is a significant sum and so, wherever possible, HM Land Registry will try to recover indemnity payments from wrongdoers who have caused or contributed to the fraud.

The means by which such recovery can be made are contained in the 'recourse provisions' of paragraph 10 of Schedule 8, Land Registration Act 2002.

Under the recourse provisions HM Land Registry effectively steps into the shoes of other parties, such as those who have been indemnified, and uses their rights to sue, for example, a firm of solicitors who acted negligently or in breach of warranty, trust or undertaking during a fraudulent transaction. 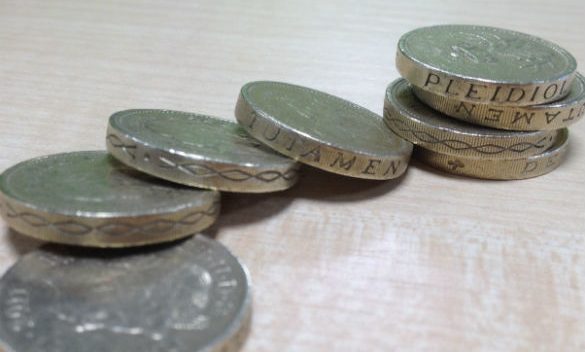 In a recent case, HM Land Registry successfully recovered £275,000 from a law firm’s insurers. The firm had patently breached its money-laundering obligations during the identity diligence process, and had also acted negligently in releasing proceeds of sale (on a forged transfer) into an unknown non-client bank account. The firm was severely criticised by the Solicitors Regulation Authority and so proceedings proved unnecessary, settlement being swift and unarguable.

More historically, about four years ago we recovered our largest-ever sum (more than £1m) in a pre-hearing settlement. This followed a multi-million-pound indemnity payment to a bank whose charge over a development block had been fraudulently discharged by the owner, each discharge being tied to flats disposed of on long leases. This meant that the deeds of discharge were lodged at different times and in differing ways, and this variability impacted upon the nature and strength of our claim against the firm involved. In the end, a settlement was reached which resulted in a significant, if not total, recovery under the recourse provisions.

In CLR v Caffrey & Co last year, HM Land Registry successfully argued that a law firm had misrepresented the origin of a forged discharge which had resulted in a significant indemnity payment. However this may have been a pyrrhic victory as the firm concerned had been demonstrably dishonest, and this cancelled out their insurance cover, thus seriously affecting the practical efficacy of the recourse provisions. In other words, we have a better chance of recovery if the wrongdoing is civil rather than criminal.

In terms of recovery against criminal offenders, this is saved for those cases where there are criminal proceedings against a fraudster which result in a Proceeds of Crime Act recovery. In recent years we have managed to recover a significant sum (around £500,000) through this process following the conviction of criminals involved in a large fraud which had resulted in the largest ever single indemnity payment (£8m) in 2004.

Recovery through the recourse provisions is an essential tool in seeking not only to replenish the public purse after a successful claim on the state guarantee, but also to encourage best practice when it comes to due diligence in the challenging environment of increasingly rapid and remote conveyancing transactions.