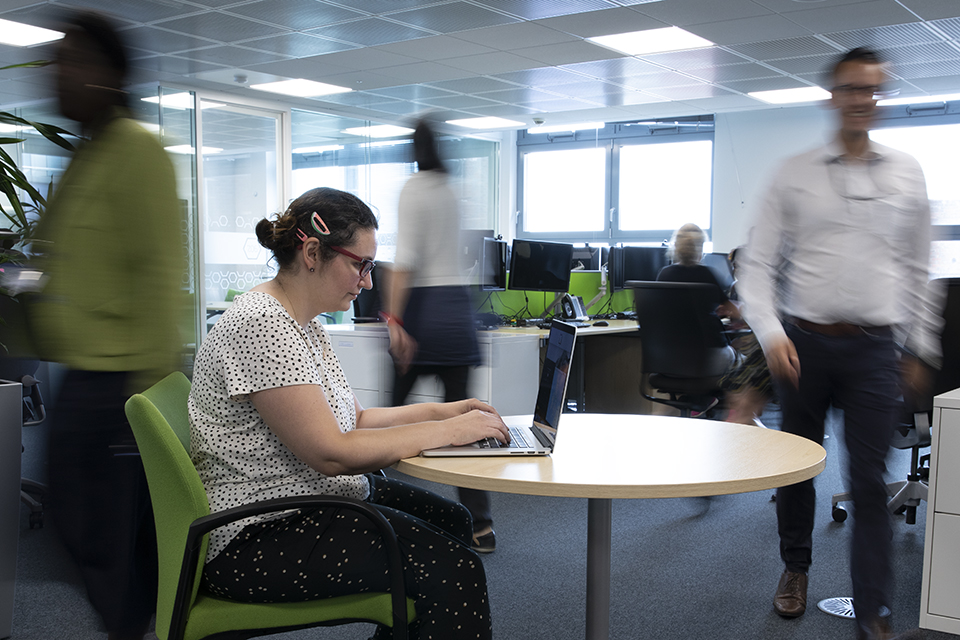 Richard Scarry was an American children’s author and illustrator in whose colourful books animals played everyday human roles. A pig was a painter; cats built houses. There was a foxy blacksmith and a rabbity tailor. Everything was highly colourful and what they did – why they worked – was very visually obvious. Their worth to society was plain. They made food, homes, clothes and got people moving from here to over there somewhere. I grew up thinking I would do one of those things, because that’s how the world worked, in both senses.

Consider a modern workplace. Picture an office in your mind. What do you see? Banks of people staring at screens – a sight repeated all over the world.

What are we all doing? How does shuffling emails between colleagues and completing data entry help the world in the way that the gorillas and raccoons in Richard Scarry’s books so clearly did?

Visualising our data as towns and cities

If you went back a few years, you would have had a much more immediate sense of our purpose at HM Land Registry. Had you walked through the doors of one of our offices, you would have been met with the sight of stacks of large property plans.

You would have caught a whiff of archaic paper deeds; a most distinguished scent. It was easier then, perhaps, to connect our work with the real world. But make no mistake, what we do all day does have a profound effect on everyone’s lives.

Now consider your own town or city. What springs to mind? Places. Places where we work; where we shop; and, places we call home. If you’re in a rural setting, you’ll see places we farm; and, places we can roam freely. All of these are owned by someone. This is our field of work. It is very real; very visual.

The ease with which you use those places and move around in them derives from the confidence we all have in knowing who owns what, and that the ownership is secure. That is thanks to our people at HM Land Registry. And it is a huge thanks, because it has a huge effect. Allow me to blow your socks off.

We cover 85% of England and Wales with 25 million separate titles – that’s around 48,000 carefully mapped square miles. On our register is an estimated £4 trillion of property and £1 trillion of debt. That is way more than the total value of all the 2,600 companies on the London Stock Exchange (around £2.6 trillion) and it is more than double the yearly total income of the UK (the GDP). It represents just over a half of all the wealth in England and Wales.

Not forgetting the farmland and factories

A surprising amount is farmland. It is difficult to imagine, but only around 9% of England and Wales is actually built on. Notwithstanding, the biggest category by value is, by far, housing. In the UK, housing represents around 69% of the value of all land. Last calendar year, we registered around 1.1 million housing transactions. Around £250 billion worth of homes were bought and sold in the UK that year. Most of that would have gone through our hands.

The quiet, calm, expert role our people play in all that economic whirligig is immense. All of our investment in life in England and Wales, at some point, relies on secure property interests rooted mostly in the integrity of the Land Register. Our people create the trust individuals need to go out and make those investments. We maintain one of the biggest foundation stones of our economy. That’s what we do all day.