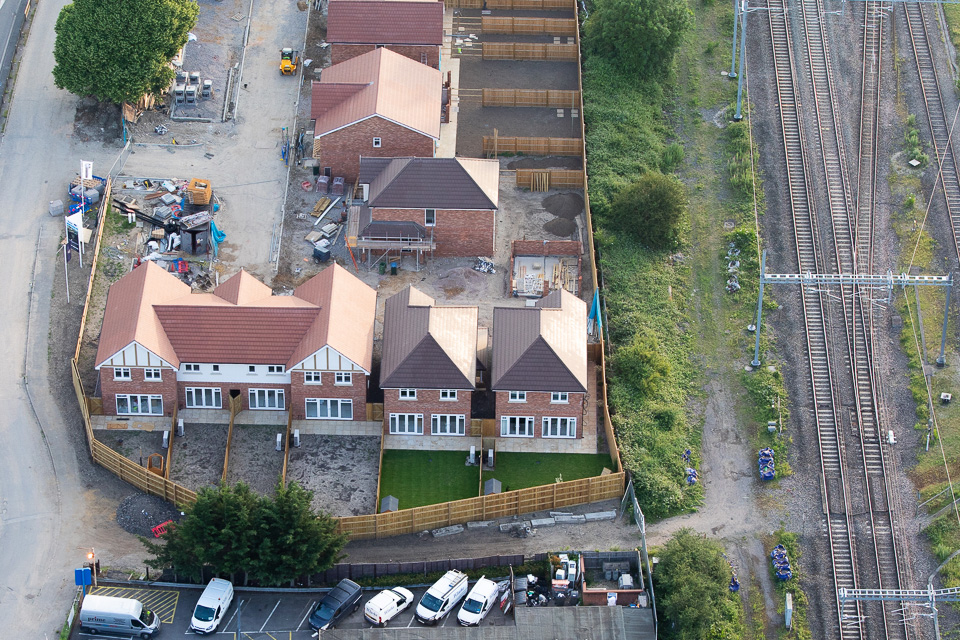 Every time a new housing estate gets built, a lot of work is done both inside and outside of HM Land Registry (HMLR) to make sure the land registration process goes smoothly. But how can we make these registrations easier?

A team working within HMLR’s Digital Programme has been taking a closer look at land registration for new housing developments, and as part of that work has created a set of digital service mockups as a tool for doing user research. We have shown the mockups to users to see what they thought of them. They are not necessarily services we will actually build - they’re just a way of showing our thinking visually.

In most cases, a large piece of land being developed needs to be divided up into smaller plots, which become new properties for sale. When the newly-built homes go up for sale with an estate agent, everyone involved - the developer, the estate agent, potential buyers, conveyancers, mortgage lenders and so on - needs to be sure that the plot someone is buying is the right one, and that all the relevant information about that plot on the register is accurate.

It's a surprisingly complicated process.

What makes it more complicated is that it's not really a "process" at all, at least not one that's been designed to work the way it does. It's actually a series of processes that have grown over many years, aggregating one on top of another. No-one has ever stepped back to look at the whole service journey and think about how it all works.

So, recently, as part of the HMLR Digital Programme, we've been doing some work to better understand all this complexity, and find ways to make it simpler. 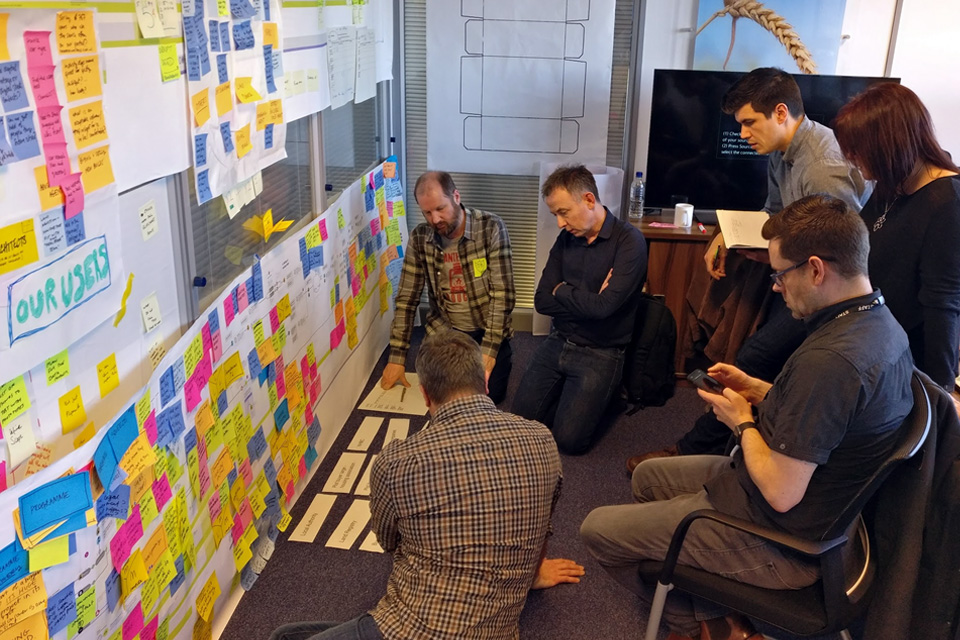 Some people would argue that there's nothing actually wrong with it. After all, most of the time, it works: developers acquire land, divide it into plots, build houses, and successfully sell them, every week.

But a working process isn't the same as an efficient process. And we believe there’s plenty of scope for making this one more efficient.

A lack of transparency

In discovery, our research showed that many paths through the process share the same problems, particularly with lack of transparency. Data exists, and most of it is very simple, uncontroversial data. It’s just hard to get hold of, even by people (such as conveyancers and HMLR caseworkers) who need it to do their jobs.

The processes surrounding new build developments were never designed to include sharing of basic information. Consequently, not much of it gets shared, which means people don’t know simple facts (such as: “Is the plot registerable?” “What will the postal address for the property be when it is built?” Or: “Will there be any restrictions on what I can do when I own the property?”)

In most cases, the lack of sharing isn’t because anyone is unwilling to share. It’s because sharing is difficult. The data usually exists on paper, in one place. Sharing it usually means a lot of time-consuming photocopying and posting things.

The result of this lack of transparency is delay. Things that could have been checked and assured earlier in the process end up creating errors and questions later on.

Our hypothesis on starting our alpha was that if we could find ways to make simple information more visible to more parties, the whole process could be made smoother, faster and more efficient. We could cut down those delays.

Who’s ready, and when?

The way things are done now, none of those parties knows for sure when any of the others expect to be ready or are ready. This is solved by lots of letters and phone calls. Again, we had a hypothesis: what could happen if this state of readiness was more visible to more people, earlier on in the process? And how much would it help if HMLR could also let everybody know that everything we need for registration was also ready?

One of the aspects that kept coming up in our user research were problems about plans. Buyers and conveyancers want to be confident that the plans they have are correct and up to date. We have a process called Estate Plan Approval (EPA) where we confirm that all the plots on an estate will be OK. Even though EPA isn’t a registration requirement, we know conveyancers really like it - in our research interviews, one conveyancer said: “It greases the wheels.”

But again, transparency is an issue. We don’t share the EPA with anyone other than the developer who submits it to us, so sometimes the buyer only finds out their plan doesn’t agree after the sale has completed and we receive an application for registration.

As part of our alpha work, we wondered if we could open up the known information about plots and estates. Our hypothesis is that if this information was more easily available to more people, the registration process would be much simpler for everyone concerned (including HMLR).

To help develop our thinking and research with caseworkers and customers, we created a set of web page mockups (note: all of the data in these mockups is completely fake): 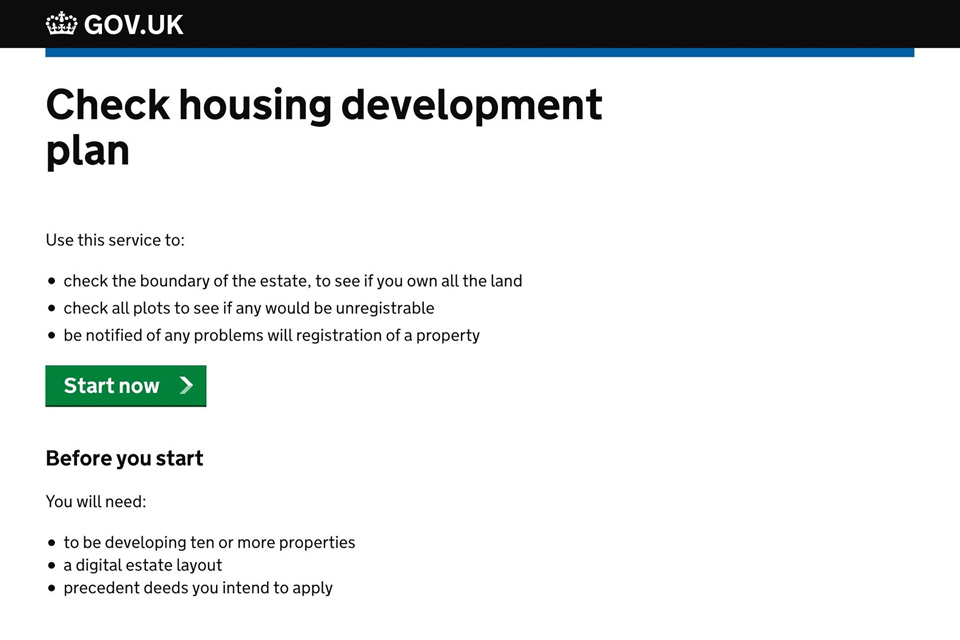 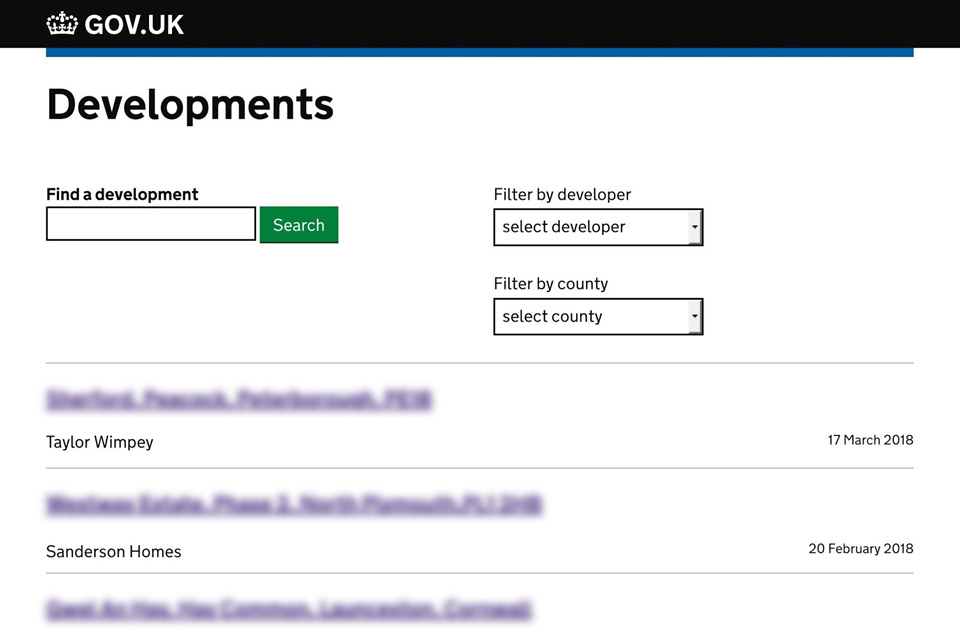 As I said at the start, these mockups show are a useful way of thinking visually. They help us demonstrate what might be possible.

Just to reiterate: we’re not proposing to turn these mockups into actual services, not as they stand. We’re all too aware that the reality of registration is much more complicated than we’re showing here, and that there’s a great deal more user research to do. But these mockups are good to show what greater transparency might look like, and how the parties involved in selling new developments might have a better understanding of who is “ready” to complete.

The important thing is that we’ve been able to assemble a team and focus their minds on how to improve this process. The alpha team have been able to test possible future scenarios with real users both inside and outside HMLR, asking them questions like:

If you could see a web page with such-and-such information on it, how would that change things?

Their answers have been useful and illuminating. One HMLR caseworker said:

It’s unbelievable how many versions of ‘the same’ plan exist, and the large number of opportunities for different versions to exist, every party believing they have the right one. A single source of truth makes sense.

When we said the digital programme would be putting users first, this is exactly what we meant.